Joined Jun 28, 2016
·
44 Posts
When setting out to rival one of the best luxury compact sedans the industry has always known, understanding the fundamental characteristics that make up it's winning formula and building on that becomes the only way to compete, especially for an underdog like Genesis. One of those characteristics has been power, beautifully executed with both a base 2.0-liter turbo four and more powerful 3.3-liter V6.

Compared to everything else offered in its segment, the 2.0T Genesis G70 is the most powerful base configuration offered, producing 255 ponies with the new and highly sought after six-speed manual transmission option. For more power, the optional twin-turbocharged 3.3-liter V6 produces 365-hp. Yes, it still lags behind the M3 and C63 but that might change.

Whether Genesis will go head-to-head with performance divisions of German automakers it set out to from the start has yet to be seen. Genesis denounced rumors it will which might correlate to the fact this "new" G70 rides on an aging platform. Its a platform that underpins the new Kia Stinger and outgoing Genesis G80. It might be great to test the waters of sportier segments but maybe not a complete solution.

In the past, automakers like Lexus challenged those same barriers by launching a Lexus IS-F. A bold move but easier back then which might explain the lack of a successor. Genesis is still figuring out how to launch its performance line. Come time for a hot G70, hopefully, its potent enough to rival the likes of the M3.

Proof might be with the current Veloster N's success that has some correlation to the G70's future as put by Mike O’Brien (Vice President of Product Planning for Hyundai and Genesis) in a Road & Track interview:

"A big effort with the G70 was thermal management, to make sure that this car will hold up," O'Brien told us. "We're building for the future. I'll just say that."

The topic of thermal management came up when discussing the Veloster N, which was designed to withstand long lapping sessions on track. Thermal management, O'Brien says, has become an important engineering focus at Hyundai and Genesis, thanks largely to Albert Biermann, the former head of the N division who was recently promoted to R&D chief for all of Hyundai.
Click to expand...

"We're looking at different things, as you can imagine. Whether it's GT3 or GT4 or prototypes, we're looking at all those things," he said. "It's way too early to speculate on where we're going to go, and of course, we have to think about where we want Genesis to go, where we want Hyundai to go. No decisions have been made at this point, but certainly, we need to think about it. We have two separate brands we need to build awareness and excitement around."
Click to expand...

Joined Jan 16, 2018
·
63 Posts
If Genesis does plan on making performance trims for their models, I think it should be separate from Hyundai's N models. Sharing too much between these two brands is only going to discredit their luxury marque imo. Aftermarket tuning could be a solution in the interim.
R

Joined Aug 24, 2018
·
42 Posts
I have a feeling that we will see greater interest in tunes and aftermarket performance mods on the 2.0T. There is a lot more potential on something with forced induction.

Joined Jan 16, 2018
·
63 Posts
The Genesis coupe had a wide variety of tuning packages for the 2.0T so that's a given here. I do remember hearing that tuning on the bk1 was safer than the bk2. Have seen some reports of blown turbos on the latter, but its safe to assume that they were being driven hard.

Joined Jun 28, 2016
·
44 Posts
Now that the G70 is getting into the hands of tuners the horsepower numbers can become significantly higher for the 2.0T and the 3.3T engines.

When it comes to adding horsepower with chip tuners, there are some different options that are popping up.

- Lap3 USA shared this video recently of a G70 3.3T that produces 491WHP with their pro-tuner and ECU remapping.

- Vivid Racing has an ECU tune for sale that they claim will give the 3.3T 402hp at the crank and 448 ft/lbs of torque

- GAN Tuning offers its own chip for the 2.0T engine that they claim can add between 61-74 horsepower depending on which one you choose. 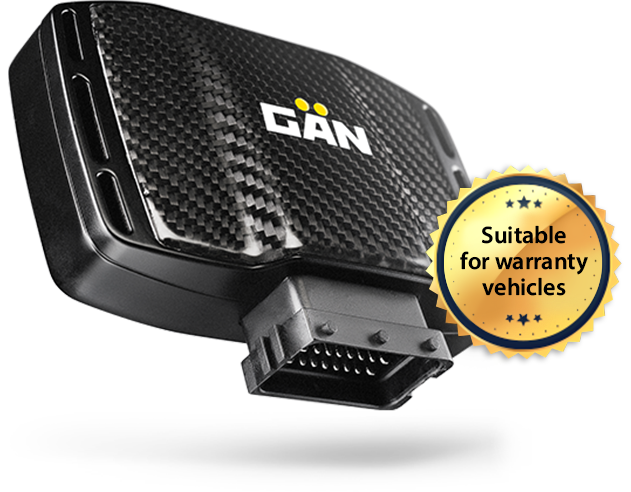 Chip tuning for your Genesis G70 2.0T. Up to 30 percent more hp and Nm. Easy to install. Order chiptuning for all types of modern engines in GAN online shop.

Joined Jun 4, 2019
·
314 Posts
That Lap3 video is really impressive to watch, especially if they are using the stock turbo. I'm not familiar with any of these companies, has anyone used parts from them before?

Producing that level of power I can only imagine it sounding epic with the right setup.

Joined Jun 4, 2019
·
314 Posts
LOZIC Motorsport shared this video the other day showing the G70 with things like a Jun B.L variable exhaust valve, POPcorn ECU tune. They both sound great but I really like sound the Jun B.L exhaust upgrade makes.

Will be on the look out for more within the Stinger community.

FastG said:
Anyone a fan of the Ark Performance setup?

Not bad.
Coming from BMW's its hard to be impressed by what i'm seeing of the G70 so far. Tuning isn't what i'll be doing unless something really good hits the market. However cost will likely be higher than most options.

Ricky.M said:
Not bad.
Coming from BMW's its hard to be impressed by what i'm seeing of the G70 so far. Tuning isn't what i'll be doing unless something really good hits the market. However cost will likely be higher than most options.
Click to expand...